You are here: Home1 / Getting Started2 / The Centre of Pressure Excursion Index

Where we’ve come from

In 1977 I bought my copy of the landmark text Normal and abnormal function of the foot by Root, Orien and Weed [1].  This work would define foot function for the next 30+ years and has provided the principles we still use today.

It provided values for a normal foot by using an ideal set of criteria that was thought would allow the foot to function normally. These criteria were based, however, on static examinations; for a structure that functions mainly as a dynamic structure, managing the loads of body weight due to gravity, muscle torques and joint moments and the reflective ground reaction forces.

In 1995, McPoil and Hunt[2] provided a definition of what we now know is the Tissue Stress Theory to provide a model that took into account the effects of tissue loading and suggested it as an alternative model for evaluating and treating foot disorders.

During the next 10 years there would be a substantial amount of research that would refocus our attention on foot function from the kinematic to the kinetic. Some of the more well known include:

Throughout this period a number of static weight bearing assessment tools were being designed with the aim of predicting dynamic function. Some foot specific examples are: The subtalar joint axis, re supination, functional hallux limitus and Jack’s tests.

Tests aimed at predicting dynamic function, taking into account a number of factors, would include the arch index test [9] which developed into the modified arch index test [10] and perhaps the most popular, the foot posture index [11].

The focus of the foot posture index is to define the level of pronation or supination of the foot when weight bearing. This is because excessive motion in the frontal plane has been theorised and validated by research to be associated to a number of pathologies.

Research has found a significant association between excessive pronated foot posture and:

As well as dysfunction in the anatomical structures of the foot:

Research comparing the outcome of the foot posture index test against plantar pressure analysis, however, shows low to moderate pressure variability. [16] So, while the foot posture index is helpful to gain an understanding of the weight bearing foot posture, and possibly a potential prediction of function, it still doesn’t give us a completely accurate picture of dynamic foot function.

What is the situation now?

The viewpoint of analysing foot function using exclusively non-weightbearing assessment and video capture (noting the angular relationships of the joints in the feet) began to be substantially questioned as to it being a valid and reliable assessment.

In 2017, Nester et al published a paper,”Challenging the foundations of the clinical model of foot function: further evidence that the root model assessments fail to appropriately classify foot function” [17] This paper went so far as to recommend such tests not be relied upon.

A very real paradox emerged. Practitioners who had been using the techniques outlined in the model provided by the normal and abnormal function of the foot had achieved good outcomes with their treatment strategies. So, even with this new information, they did not feel comfortable in abandoning them.

Complicating this, is that there has been no clear replacement for Root, Orien and Weed’s definition of normal foot structure and function. The more we have researched the function of the rear foot, midfoot and forefoot joint systems, then multiple axis of motion, how they adapt to the various tissue strains of force, et cetera the more complex a simple definition becomes. Craig Payne ventured a definition on an online forum as, “the normal foot is the foot in which the forces are below the threshold for tissue damage” [18]. Of course, we do not know what the individual’s threshold for tissue damage is and as far as I can see the only research that is bold enough to define such a thing is the 200 KPA threshold for diabetics with high risk feet [19] [20]

How important is CPEI in analysing foot function?

We understand the association of foot posture and increased loading on tissue resulting in at least a risk of injury.

So is there a research validated dynamic, rather than static, weight bearing method of measuring pressure during gait?

Is there also a method of measuring the forces being applied to these tissues and perhaps one that also indicates the individual areas of dysfunction in the rearfoot – midfoot and rearfoot? And is this available to the practitioner in daily practice or only those working with highly complex equipment in research?

I am pleased to say that there is!

The centre of pressure excursion index, CPEI, was developed in the gait study centre of the Pennsylvania College of podiatric medicine and was first used in a research paper to test whether different foot types had distinguishable foot function. Their 1996 study assessed excessively pronated and rectus foot types.

This new index measured the degree of deviation of the centre of pressure trajectory in a lateromedial deviation from a reference line drawn from the initial to the final centres of pressure during the stance phase of gait. The study showed that the CPEI had excellent intra-and inter-testing reliability. [21]

The Framingham foot research published in 2013 [22-25] used CPEI as a variable to measure the characteristics of dynamic foot function in four of the studies. Since then, the CPEI measurement has been used in a further four major studies [26] [27] [28] [29]

The CPEI is based on the shape of the centre of pressure trajectory providing an indication of function. While it also provides a research validated measurement of foot posture, the CoP trajectory is the key indicator for foot function because it shows us:

These features in the centre of pressure trajectory can be easily measured using in-shoe, pressure mat and pressure treadmill equipment to gain objective data which can be directly compared to with the patient wearing different types of shoes or with different corrections applied in the clinic. Any changes are visually discernible and can be objectively quantified because we are looking at the position, speed, fluidity and transition of the centre of pressure trajectory.

It begs the question why the CPEI is not being used as the gold standard for dynamic gait function measurement, considering it has been validated by its use in research and provides such important information so quickly and easily. And, is repeatable for comparison so value judgements on treatments can be made.

If the use of the CPEI measurement becomes a standard feature in clinical assessment of foot pain and dysfunction generally in clinical practice, I believe that we could start an informed process of once again being able to define foot function using dynamically validated processes providing the best outcome for our patients and much greater confidence for treating practitioners. 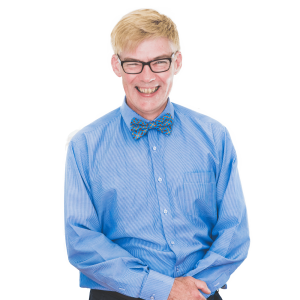